A meeting with Enrico Fermi | Keep it simple! 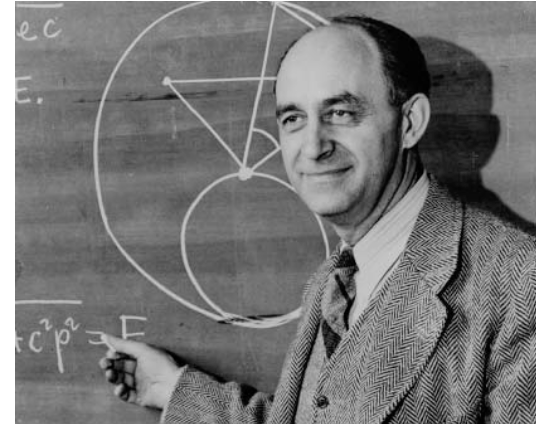 I clearly remember the day I learned about Enrico Fermi’s method.

It was 2010. In Limpopo Province, South Africa, I was in the proximity of Kruger National Park, very close to the amazing wild like that Africa can offer. We were in the middle of a workshop, presenting a Decision Support System (DSS) to local municipalities. The DSS was an innovative community-based tool to support the identification and implementation of eco-sustainable income generation activities. During those trial sessions, the model was growing in complexity, with too many variables and assumptions. On that day, our scientific advisor – Dr David Cummings – invited the participants to keep the number of parameters under control. In doing so, he firstly quoted the Italian physicist Enrico Fermi: “how many arbitrary parameters did you use for your calculations? […] I remember my friend Johnny von Neumann used to say, with four parameters I can fit an elephant. With five I can make him wiggle his trunk” (1954).  Professor Enrico Fermi himself was known for “managing to find the simplest and most direct approach, with the minimum of complication and sophistication. He disliked complicated theories, and while he had the great mathematical ability, he would never use it when the job could be done much more simply. He was famous for getting quick and accurate answers to problems that would stump other people. Later on, his method of getting approximate and quick answers through back-of-the-envelope calculations became informally known as the “Fermi method“ and is widely taught”.

On that day, Dr David Cummings went further with his lecture, quoting the KISS principle (keep it simple stupid). Far from any pop-culture influence, the K.I.S.S. principle was actually coined for US aircraft design; it states that “most systems work best if they are kept simple rather than made complicated; therefore, simplicity should be a key goal in design, and unnecessary complexity should be avoided” (1960). The principle is best exemplified by the story of Johnson handing a team of design engineers a handful of tools. The challenge that the jet aircraft they were designing must be repairable by an average mechanic in the field under combat conditions with only these tools. Hence, the “stupid” refers to the relationship between the way things break and the sophistication available to repair them.

Needless to say, it was a memorable lecture and a new opportunity to re-discover Enrico Fermi as well as other similar methods (Occam’s razor, Poka-yoke (ポカヨケ). Indeed, I like to refer to Fermi’s method and similar school of thoughts any time I use analytical models (financial models, business models, decision models, etc.). It is not only a problem of scientific rigour: over complexity causes confusion, delays, procrastination.  It is the enemy of execution.

I still have the scientific article given me after the workshop (A Meeting with Enrico Fermi, by Freeman Dyson). You can download it from this link.

Enjoy the reading and Sweat Your Assets.