Bible’s Secret about Money. The parable of the talents 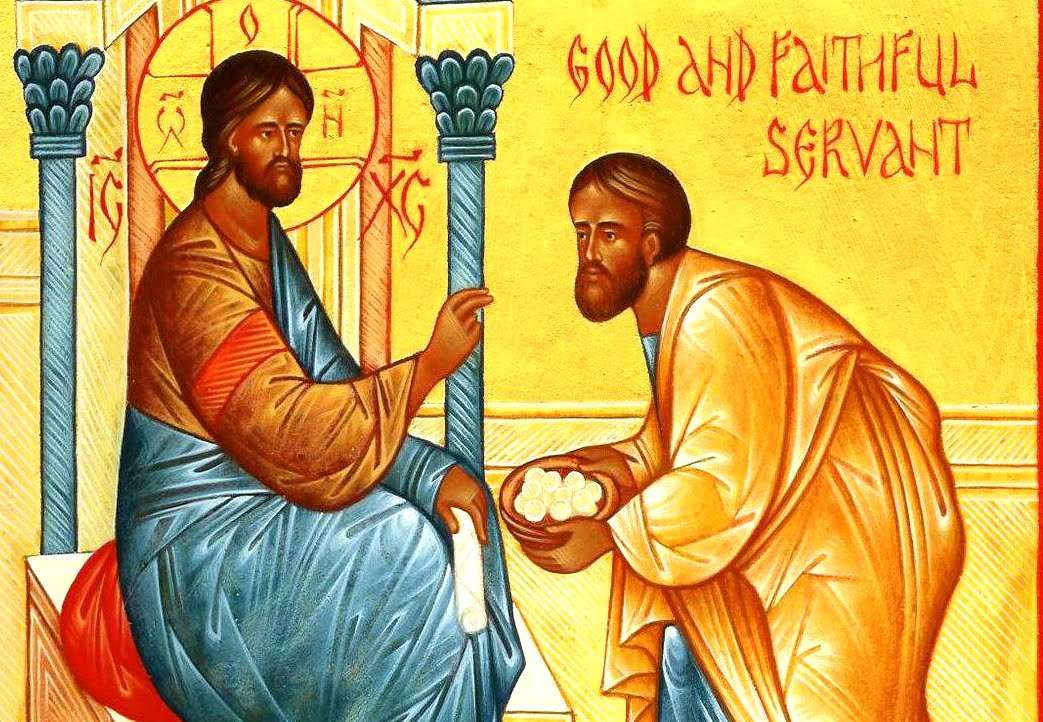 How should you manage money? How should you invest it? What would be the right mindset in managing any associated fear and risk? Looking for financial wisdom, I became fascinated by Mathew’s powerful Parable of the Talents. (Matthew 25:14-30)[1] Not surprisingly, the apostle Matthew knew money very well because he was an ex-tax collector. [2]

Before leaving for a long trip, a master puts his servants in charge of his assets according to each man’s abilities. His assets are given as “talents” (an ancient currency): 5 talents to the first servant, 2 to the second servant, and 1 to the third servant.

Upon his return, the master assesses the stewardship of his servants. He evaluates them according to how faithful they handled his stewardship, making or not wise investments out of it. The master clearly seeks a positive attitude from the servants’ oversight and is ready to reward them accordingly.

The first and the second servants who put their talents to work doubled the assets’ value; as such, the masters judged these two servants as “faithful” and gave them positive praise and reward.

The third servant, however, has merely buried the talents received in the ground out of fear. To such a wicked and lazy servant who did not take any action or risk, harsh words and punishment are given because he did not consider depositing the money with the bankers and collecting the interest for his master. The master takes the talents away from him and gives them to the first servant: “to everyone who has will more be given, and he will have an abundance”.

The religious and personal development takeaway is fairly clear: life is a gift, don’t waste it; just do your best based on your capabilities; take action and rely on faith (positive attitude) to overcome fear and apathy. No doubt, the message of the parable is powerful.

What I find particularly intriguing is the fact that this 2000-year-old parable referred to financial principles that are still valid today:

–> He designs a mixed portfolio; he diversifies the risk, knowing that not all his servants have the same abilities. He does not simply concentrate all his assets among the most skilled servant (he avoids a concentration of risk).

–> Again, there is a strong understanding of the importance of diversification and performance (Asset allocation).

–> He expects them to take action and reasonable risks with trading ventures (Sweat your Assets).

–> The master expects a return from the assets given to his servants based on their entrepreneurial spirit and hard work; (Entrepreneurship, ROI: Return of Investment).

–> The master even envisages the possibility of depositing money among bankers to receive interest (Passive Income).

–> The master re-allocates the lazy servant’s talents to the most performing servant to make the best out of the available resources (Efficient asset re-allocation).

Make the best of your talents: Sweat your Assets.

OTHER ARTICLES ON THE SAME SUBJECT

– The Money Code. Become a Millionaire with the Ancient Jewish Code

NOTE [2]: Matthew collected duties on imported goods from farmers, merchants, and caravans. Under the Roman Empire’s system, Matthew would have paid all the taxes in advance, then collected from the citizens and travellers to reimburse himself.

Tax collectors were notoriously corrupt because they extorted far and above what was owed to ensure their personal profit. Because Roman soldiers enforced their decisions, no one dared object.

NOTE 3: this is the full version of the parable, Matthew 25:14-30 English Standard Version (ESV)

The Parable of the Talents

But he who had received the one talent went and dug in the ground and hid his master’s money. Now after a long time, the master of those servants came and settled accounts with them.

And he who had received the five talents came forward, bringing five talents more, saying, ‘Master, you delivered to me five talents; here, I have made five talents more.’ His master said to him, ‘Well done, good and faithful servant. You have been faithful over a little; I will set you over much. Enter into the joy of your master.’

And he also who had the two talents came forward, saying, ‘Master, you delivered to me two talents; here, I have made two talents more.’ His master said to him, ‘Well done, good and faithful servant. You have been faithful over a little; I will set you over much. Enter into the joy of your master.’

He also who had received the one talent came forward, saying, ‘Master, I knew you to be a hard man, reaping where you did not sow, and gathering where you scattered no seed, so I was afraid, and I went and hid your talent in the ground. Here, you have what is yours.’

But his master answered him, ‘You wicked and slothful servant! You knew that I reap where I have not sown and gather where I scattered no seed? Then you ought to have invested my money with the bankers, and at my coming, I should have received what was my own with interest. So take the talent from him and give it to him, who has the ten talents.

For to everyone who has will more be given, and he will have an abundance. But from the one who has not, even what he has will be taken away. And cast the worthless servant into the outer darkness. In that place, there will be weeping and gnashing of teeth.’