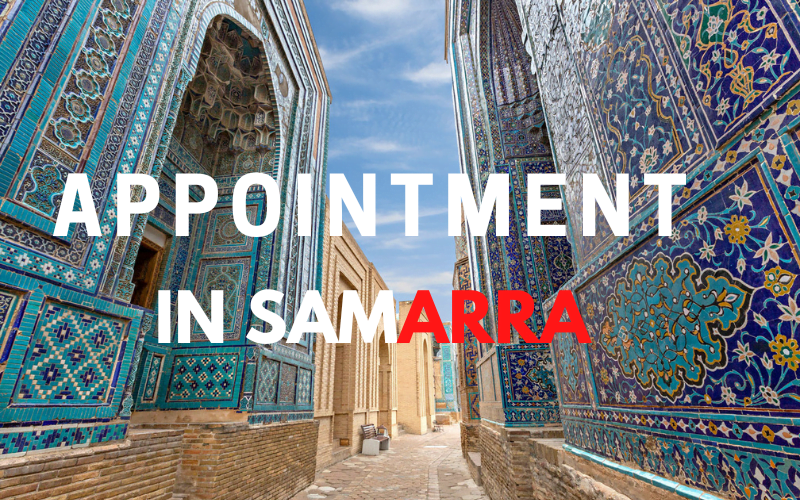 “Appointment in Samarra” is a literary allusion to the last inescapable appointment with destiny. It derives from Middle Eastern folk tales, translated and made popular in English literature by Somerset Maugham with his play Sheppey (1933).

My takes on this story are:
(a) to apply the power of Inversion (the power of avoiding stupidity): whenever possible, anticipate potential pitfalls along your journey, and make sure to stay away from harmful outcomes, like the servant of the merchant tried to do
(b) to understand what you cannot control, and rather focus on what you can control
(c) to value, protect and make the best of your time: the most valuable asset you have

This is an extract of the short story by Somerset Maugham

“There was a merchant in Baghdad who sent his servant to market to buy provisions, and in a little while, the servant came back, white and trembling, and said, Master, just now, when I was in the marketplace, I was jostled by a woman in the crowd, and when I turned I saw it was Death that jostled me. She looked at me and made a threatening gesture, now, lend me your horse, and I will ride away from this city and avoid my fate. I will go to Samarra, and there, Death will not find me. The merchant lent him his horse, and the servant mounted it, and he dug his spurs in its flanks, and as fast as the horse could gallop, he went.
Then the merchant went down to the marketplace, and he saw Death standing in the crowd, and he went to her and said, why did you make a threatening gesture to my servant when you saw him this morning? That was not a threatening gesture, Death said. It was only a start of surprise. I was astonished to see him in Baghdad, for I had an appointment with him tonight in Samarra”.