Will Interest rates rise? Let’s look at it through history 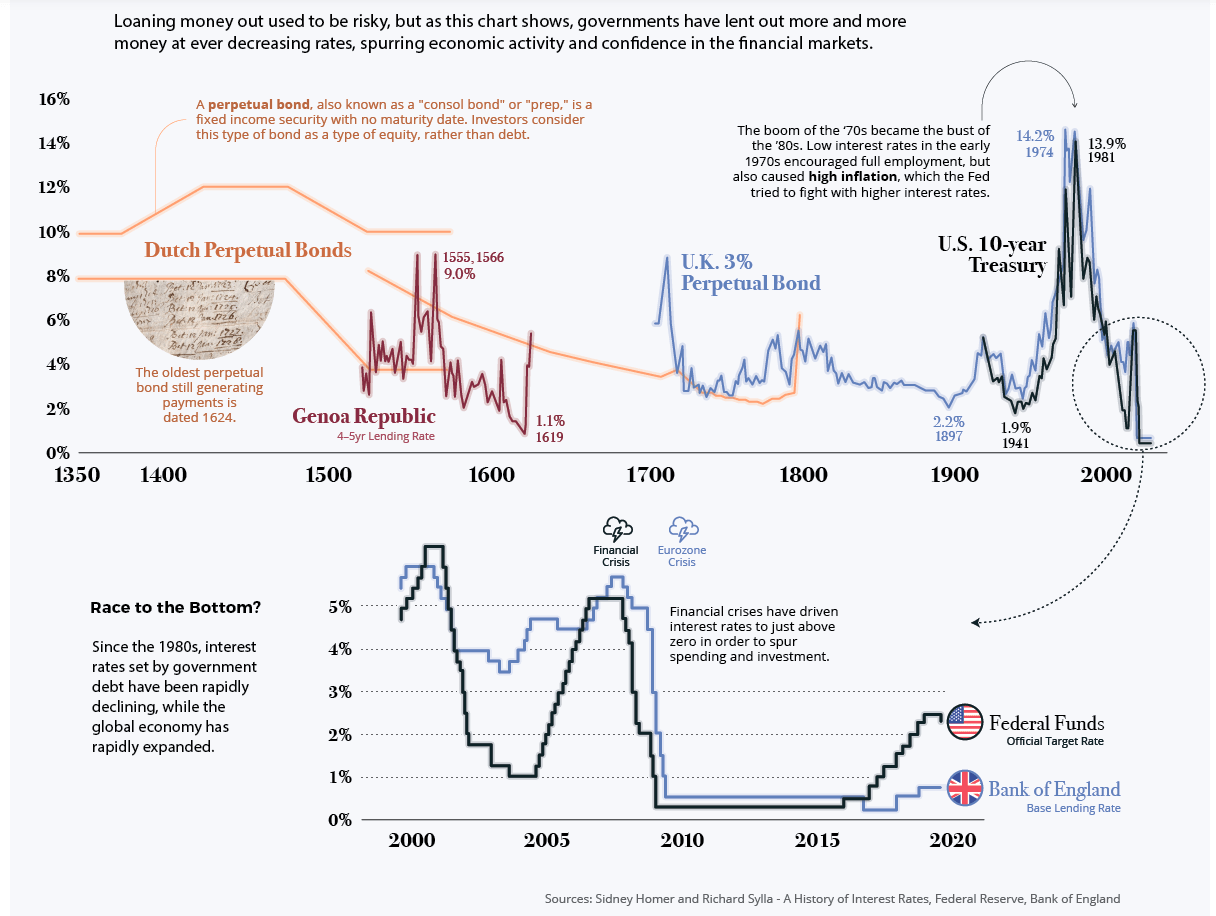 This year (2021), financial news makes headlines about the rise of interest rates in the US. Well, It should come as no surprise that interest rates will eventually rise. We just have to be ready for that.

We live in a low-interest-rate environment, where the cost of borrowing for governments and institutions is lower than the historical average. It is easy to see that interest rates are at generational lows, but did you know that they are also at 670-year lows? When interest rates hover near historic lows for extended periods, it becomes easy to forget that what goes down will eventually come up.

The chart above outlines the interest rates attached to loans dating back to the 1350s. Looking at the cost of debt, it is clear that money has never been cheaper for governments to borrow than it is today:  interest rates set by government debt have been rapidly declining, while the global economy has rapidly expanded. Recent financial crises (2007/2008) have driven interest rates to just above zero to spur spending and investment.

The second chart above plots the decline of global real interest rates over the centuries. (Real rates take inflation into account and are calculated by subtracting inflation from the nominal rate). Data shows how average real rates moved from 5.1% in the 1300s down to an average of 2% in the 1900s while standing at 1.3% between 2000-2020.

Since the 1300s, global bonds yields have dropped from over 14% to around 2%. The third graph below illustrates how real interest rates and nominal bond yields appear to slope across a similar trend line in the last seven centuries. 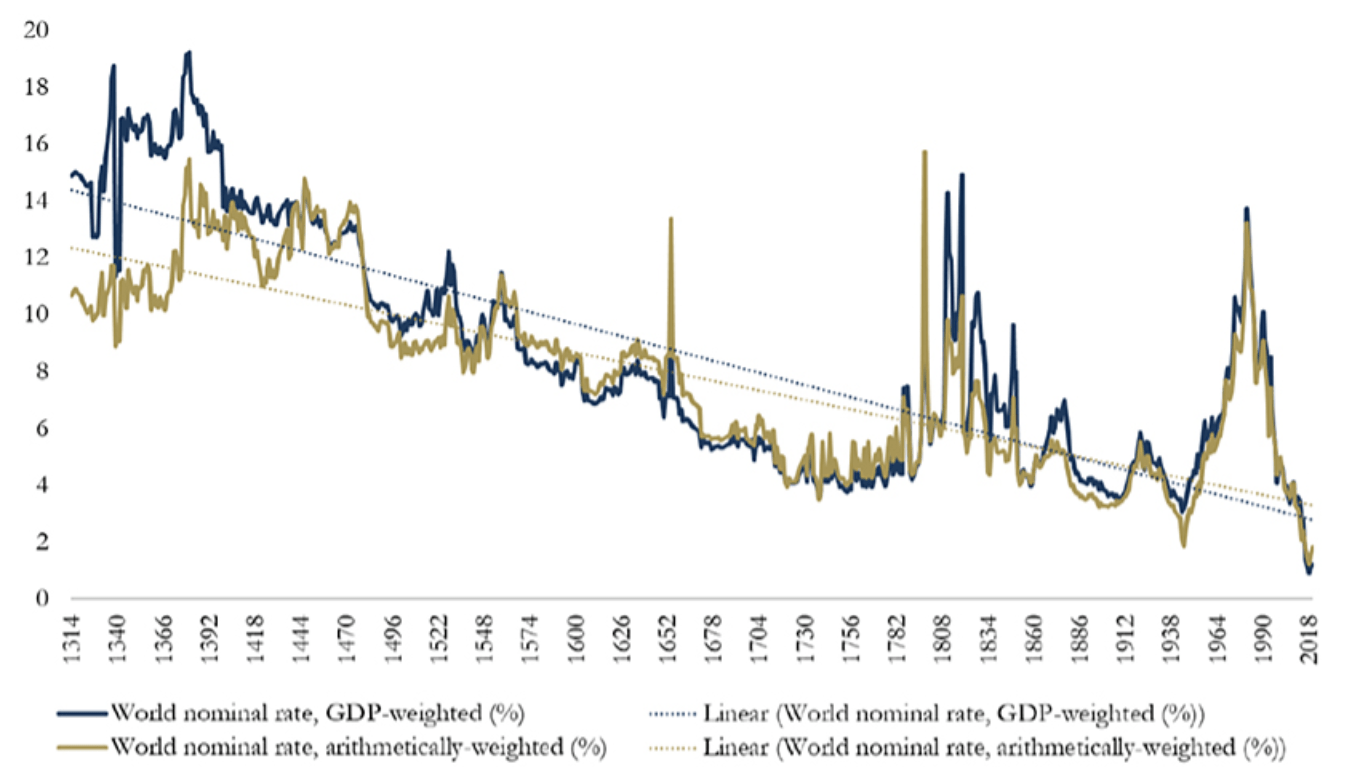 If interest rates in the US (the first world economy) are now expected to start a new upward march, there is no sign they will get high enough to storm the market unless inflation picks up.  During a time like this, it is good practice to monitor inflation and, above others, the trends of the 10-year Treasury bond, a classic economic indicator. Its yields variations don’t only spark an indication of investors confidence but impact the cost of mortgages and other consumer and business loans.

Overall, an all-weather portfolio with a good asset allocation between fixed-income and equity investments will protect you and possibly, give you an edge during any upcoming storm.

Until next time, Invest in Yourself, Sweat Your Assets.